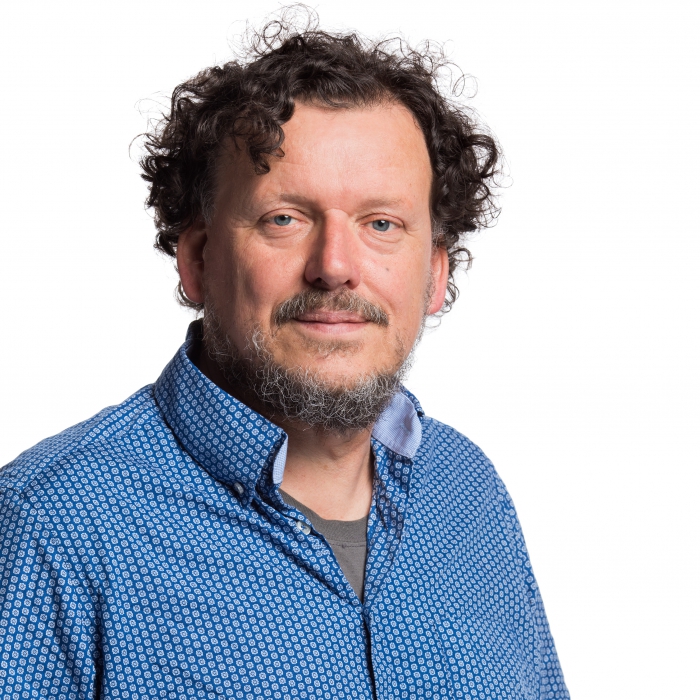 My name is Alf. Originally I'm from the south of The Netherlands (Limburg), but I've lived in Utrecht for quite some time now. My father was a ceramist, but I didn't immediately want to follow in his footsteps. Rebellious as I was, I decided to study fiscal law at the University of Utrecht. However, after 2 years I realized glazes and clay are the stuff that make my heart tick. Apparently it's a family trait! Though unlike my father, I wanted to make innovative ceramics. I now specialize in 3D-printed ceramics and out of the ordinary techniques, forms and colors. ⁠
⁠
Fun fact: I had a role in the Dutch children show Bassie & Adriaan as "Pottenbakker Alf". ⁠
⁠
As a more serious side job, I've been a teacher at the Academy of Applied Arts (Breda & Den Bosch) for 16 years. I really like working with young people because (with their view of the world and new techniques) they challenge you to look at your work differently. Recently my youngest son interned with me at De Olde Kruyk. He called me 'Sir', which I tried to make him say at home as well, but unfortunately that plan failed. ⁠
⁠
That's about it. Off to walk my dog Bell now. If you would like to know anything else, let me know!⁠

Rijksweg West 62a
6842 BE Arnhem
Nederland